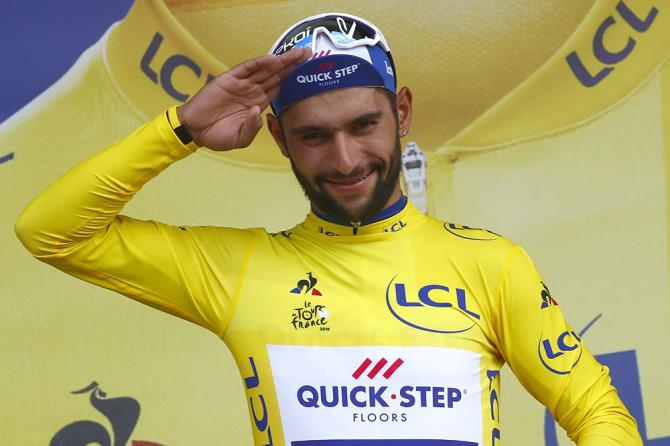 UAE Team Emirates has announced one of the biggest signings of the cycling season, after attracting Colombian Fernando Gaviria with a three-year deal.

The 24-year-old sprinter had one year remaining on his contract with Quick-Step Floors, but he decided to take a lucrative offer from UAE, reportedly earning more than he would have with the Belgian team.

Gaviria, who became professional in the second part of the 2015 season, has had a meteoric rise up the cycling ranks, winning 34 times in his short career, including three stages at the 2018 Tour de France and four stages and the 2017 Giro d’Italia.

The addition of Gaviria takes the total number of Colombian riders turning out in UAE Team Emirates colours to three, after the recent additions of Sergio Henao, Christian Muñoz and Juan Molano.

“With the new jersey, I’m not going to hide my desires and I want the biggest wins. I’m happy to be able to race with my countrymen Henao, Muñoz and Molano,” he said in the team press release. “Thanks to the UAE Team Emirates for the faith it put in me.”

“His departure hurts,” Quick-Step Floors manager Patrick Lefevere said. “You have to make choices. And I hope that with Alvaro Hodeg, Fabio Jakobsen, and Elia Viviani that we can make life more difficult for him.”