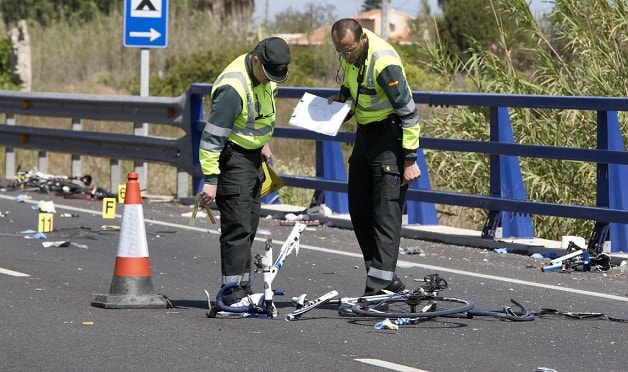 Two cyclists died and three others have sustained serious injuries after a group was hit by a driver who was allegedly under the influence of alcohol and other drugs.

Spanish papaer AS reports that the cyclists from the Atletic Llebeig Club were hit head-on on the N332 road.

The driver of the vehicle, a 28-year-old woman, was taken into custody after reportedly being arrested on suspicion of reckless homicide.

Of the six riders involved, the only one to escape serious injury was club president Jaime Escortell.

“I was saved because I threw myself on the hard shoulder,” he said. “Everything happened quickly. The six of us set out as we do on many Sundays, and we’d had a long, tranquil ride.

“Suddenly a car going at a considerable speed came past us. We had no time to react. I only have a few scratches but I am still in shock.”