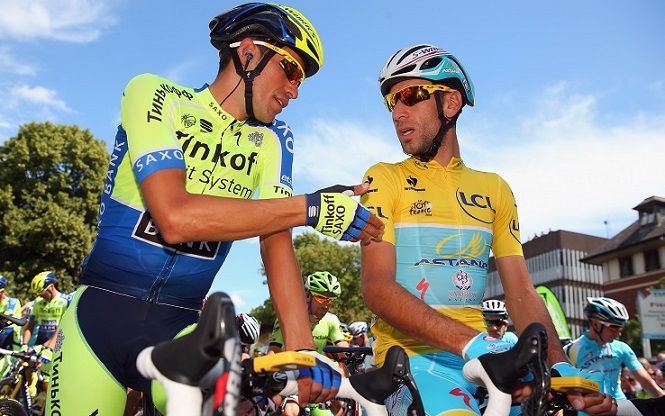 “Having an Italian sponsor meant that signing an Italian rider was the first choice. So we went and investigated as to whether he was available,” Guercilena told Cyclingnews.

“I think we were quite close with him. There were some differences in numbers but I don’t think that’s the main reason he decided not to come.

“If you look at the team he’s going to ride for, it’s a team that’s entirely built around him. Here we have our set-up and for sure we accept riders coming in with a small group but we weren’t founding a team around him.”

Contador is now 34 years of age and hasn’t won a Grand Tour since the 2015 Giro d’Italia, but Luca Guercilena has faith that the atmosphere at Trek-Segafredo will give him a new edge.

“I think Alberto can win another Grand Tour. I believe he is strong enough and that the capacity he has is huge. He still has the physiological capacity to win.

“What we’d like to do is put him in a calm environment in which he can go to the start of the race and know that we’re all supporting him. That he doesn’t need to be stressed about other kinds of stuff and that he can just focus on the victory.

“We don’t know what will happen because it’s racing and you always need to be attentive and there are many things that can happen. I still think he can win the Tour.”