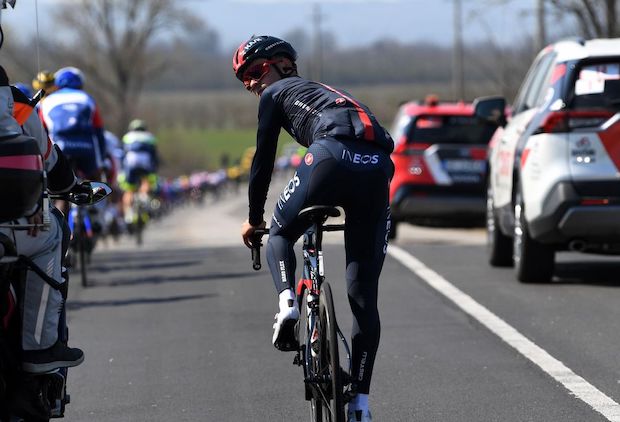 Tom Pidcock: I didn’t know where I was going on the Poggio descent

Tom Pidcock was one of th protagonists in the final kilometers of Milano-Sanremo, but in the sprint for the victory did not get better than a 15th place.

“It went alright to be fair. It’s my first Monument, 300 kilometres, and I wasn’t really supposed to be there in the final! But I felt really good and I’m pleased with it, for sure – but I want more. I learnt a lot, the team rode really well, and I’m happy,” Pidcock said.

“It’s been a difficult week with slight tendonitis in my knee which made it hard, mentally. I couldn’t do the training I was supposed to, so I didn’t come here with perfect preparation but I think I was pretty good on the day”.

Pidcock took the initiative on the descent of the Poggio, but failed to make any gap.

“The team rode so well for me and [Michal] Kwiatkowski and I were able to follow on the Poggio,” he said.

“Then I thought I’d try a little attack on the descent to see if they’d give me a gap but I didn’t really know where I was going! So that didn’t really work so well. I was a bit too far forward going into the final and the line came up on me fast, but overall I’m happy. It’s a good result to take into the cobbled Classics.”