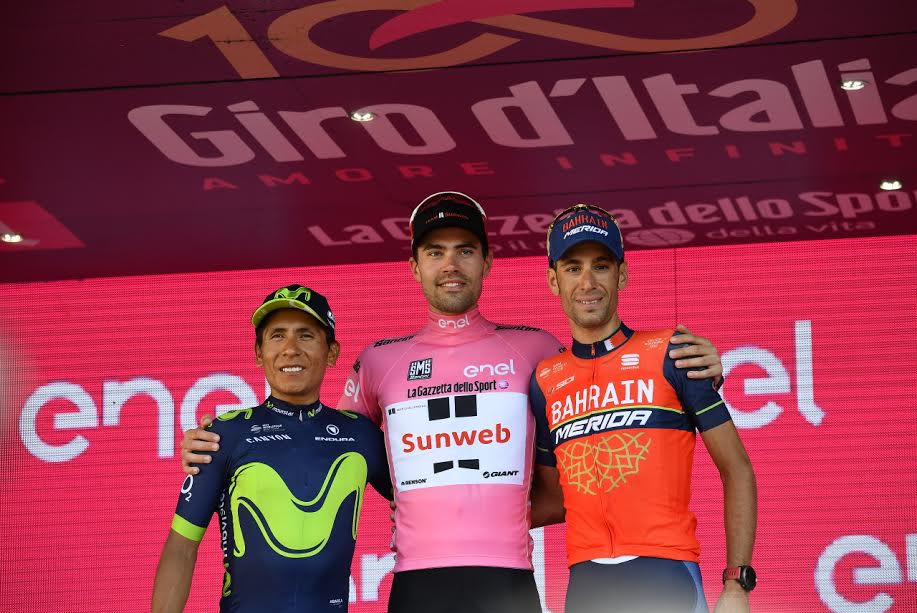 Dumoulin entered the final stage in fourth position but finished far enough ahead of his rivals over the flat 29-kilometer route from Monza’s Formula One race track to Milan’s cathedral to move back into the lead.

“It’s really crazy, I cannot describe it with words. It was such a nerve-racking day but I did it, I had good legs,” said Dumoulin.

Quintana, the overnight leader, held off last year’s winner Nibali, who kept his spot on the podium ahead of fourth-placed Thibaut Pinot (FDJ) and Ilnur Zakarin (Katusha).