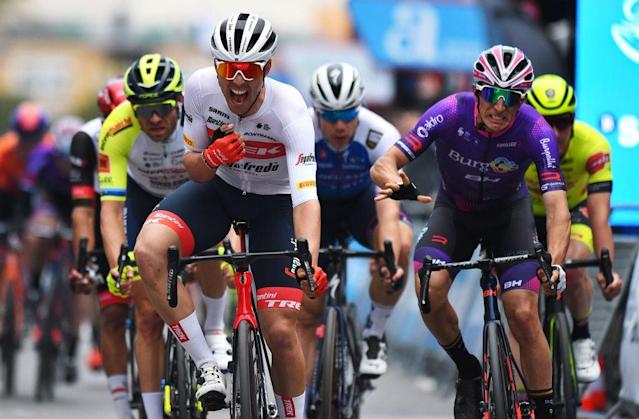 Matteo Moschetti claimed his first win in almost a year on stage 4 of the Volta a la Comunitat Valenciana.

The Italian forced his way through a tightly-packed sprint finish in Torrevieja to win from Manuel Peñalver and Alexander Kristoff.

His victory is Trek-Segafredo’s second of the season, following on from Mads Pedersen’s win at the Etoile de Besseges three days prior.

“It’s always important to win,” Moschetti said. “The last kilometres were pretty chaotic and everyone was expecting Jakobsen, Viiviani and all these guys. But on our bus we knew that today could be good for me and the guys did a super nice job, so thanks to my teammates.”