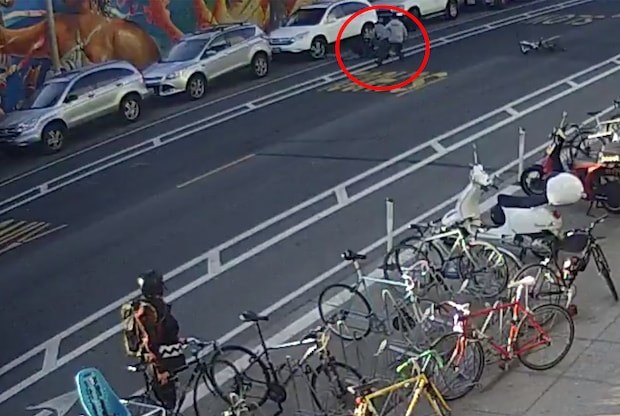 Anyone who has ever had a bike stolen will be pleased that the San Francisco Police Department’s Mission Station is stepping up efforts to bust bicycle thieves.

They may be even happier to view a video that police posted on Twitter showing cops tackling a man who allegedly took a “bait bike” during an undercover surveillance operation two days earlier.