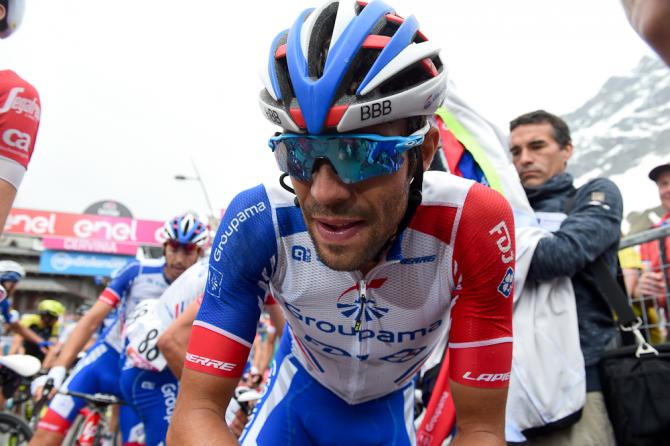 (Reuters) – Thibaut Pinot cannot wait to be allowed to train on the road again as part of his preparation for the Tour de France after the race was postponed amid the COVID-19 pandemic.

The Frenchman, third overall in 2014 and who was a top contender when he pulled out injured two days before the finish last year, has had enough of working on his home trainer.

“The home trainer is not my thing, it’s got nothing to do with the sensations you usually have on the bike,” Pinot, who has confined at home since March 17, said. “I’m still doing it to say that I train but it is not a real part of my preparations. Virtual platforms were fun for a couple of weeks but I’m over it.”

Pinot, however, believes that the new Tour de France dates, from Aug. 29 to Sept 20, will suit him.

“Even if there can be hot days, it’s got nothing to do with July, which pleases me. It’s a disadvantage that I won’t have to deal with,” explained the 29-year-old, who fares better in cold than hot conditions.

With no elite racing allowed before Aug. 1, Pinot does not know in which condition he will start the Tour.