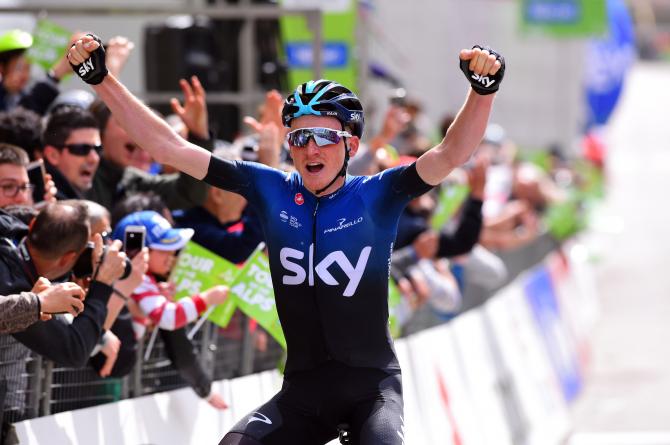 Tao Geoghegan Hart (Team Sky) won a second stage of the Tour of the Alps in the space of four days on Thursday as his teammate Pavel Sivakov increased his overall lead of the race.

The 24-year-old also clinched victory on Monday and beat a threatening Vincenzo Nibali by a tyre in Cles, northern Italy, on stage four.

Russian youngster Sivakov extended his advantage in the leader’s jersey to 27 seconds ahead of Geoghegan Hart who took over second place from Jan Hirt (Astana) as the 21-year-old eyes his first overall senior race win.

“I’m not getting used to it but it’s good to make [winning] a habit,” Geoghegan Hart said. “It’s something I intend to keep doing in the future. I’m more than happy to continue in this way here in the Tour of the Alps.”

Friday’s final and decisive 147km day of racing starts in Caldaro and finishes in Bolzano.

Tour of the Alps 2019 – general classification after stage 4: