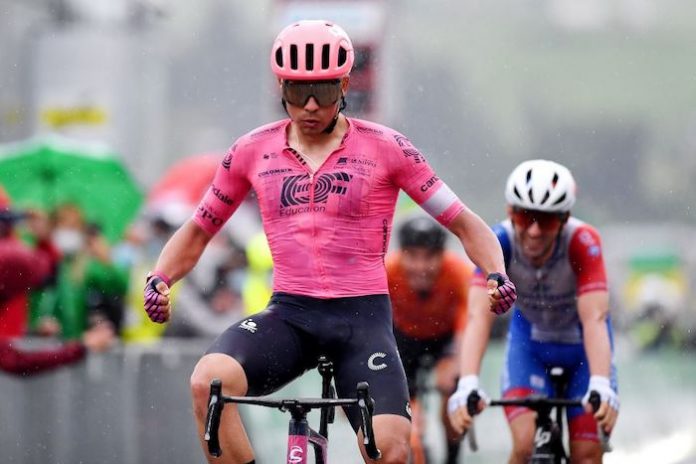 You can rewatch STAGE 4 of 2021 Tour de Suisse HERE

Bissegger outsprinted his breakaway companions in a sprint to take his third professional victory after a success in the Paris-Nice time trial this season and another at the Tour de l’Ain in 2019.

Four men composed the breakaway of the day with Benjamin Thomas (Groupama-FDJ), Stefan Bissegger (EF Education-Nippo), Joel Suter (Bingoal Pauwels), as well as the American Joey Rosskopf (Rally Cycling). Their lead will have exceeded six minutes at first until the pursuit was abandoned about thirty kilometers from the finish. The gap then increased further to around 7:30 minutes.

“Finally I got a stage win at the Tour de Suisse. I’m really happy with that,” said Bissegger.

“I would say this one is nicer. This was a normal road stage, and the other one was a time trial, so more for specialists. Both are nice but here in Switzerland it’s maybe even a bit nicer.”

Mathieu van der Poel (Alpecin-Fenix), who arrived with the peloton more than five minutes away, keeps the lead in the general classification with one second ahead of Julian Alaphilippe (Deceuninck-Quick-Step). 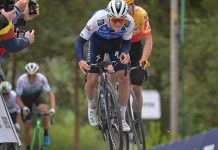