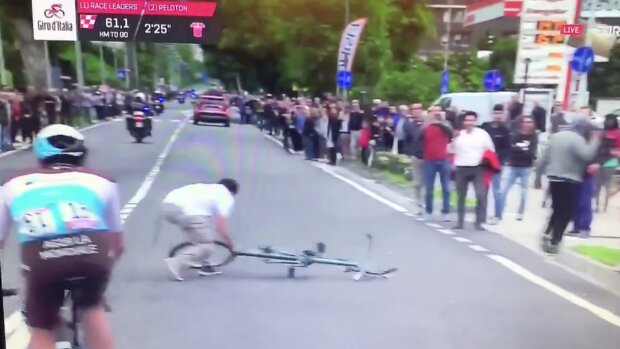 The riders from the breakaway narrowly avoided a terrible crash on stage 18 of the Giro d’Italia after a spectator threw a broken bike into their path.

A spectator rushed forward and quickly pulled the bike from off the roadway to save the situation. The intent was there by the saboteur to do damage and it’s confirmed that the man had been arrested by police.

What a douche! ??#Giro #Giro102 pic.twitter.com/UNFBvuKegr

What's all this about?! #Giro pic.twitter.com/7QOQkfPOVv