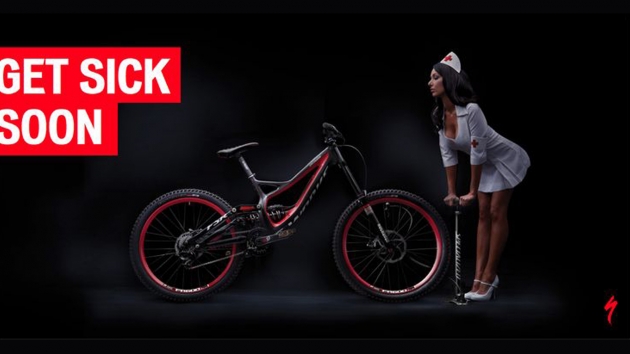 It’s almost impossible to escape from ads nowadays – they pop up at us when we’re watching TV, doing some reading online and even just walking by a bus stop.

Haven’t we all seen some strange ones, ones that raise our eyebrows? Here are seven of our picks for ads for bizarre cycling-related products.

The Italians are always excellent value for strange adverts and premium cycling shoe artisans Sidi might even top the list for making professional riders do strange things in the name of advertising.

In 2012, Specialized released the new Demo 8 downhill mountain bike – but what image to market it with? A woman in a low-cut nurse’s outfit pumping up the tyres. We’re not sure what that has to do with cycling either.

Once upon a time Lance Armstrong was quite a big deal and here’s the infamous anti-doping ad that ends with the line “what am I on? I’m on my bike, busting my ass six hours a day. What are you on?” Which, if we’re being very generous, could be described as truth by omission.

Not only is the notorious former French champ best remembered for his tearful removal from the 1998 Tour de France, but he was thrown out while riding for a team sponsored by Festina.

The whole shambles is even called the ‘Festina affair’ to this day, forever linking the famous French watchmakers with drug taking, cheating and lying. In fact, most cycling fans over a certain age are more likely to know who Festina are because of those events than because of the watches they make. Imagine if, in ten years time Nike gets Lance back in their adverts?

This wooden device makes a horse-trotting sound. Attach it to your bike’s front wheel, and you can fool everyone on the road into thinking there’s a trotting horse behind them.

In 2015, the poster of E3 Harelbeke classic showed a cyclist’s hand reaching out to grope a woman’s buttocks. The catch phrase that year was “Who will ‘pinch’ the Harelbeke this year?” The poster was subsequently withdrawn. 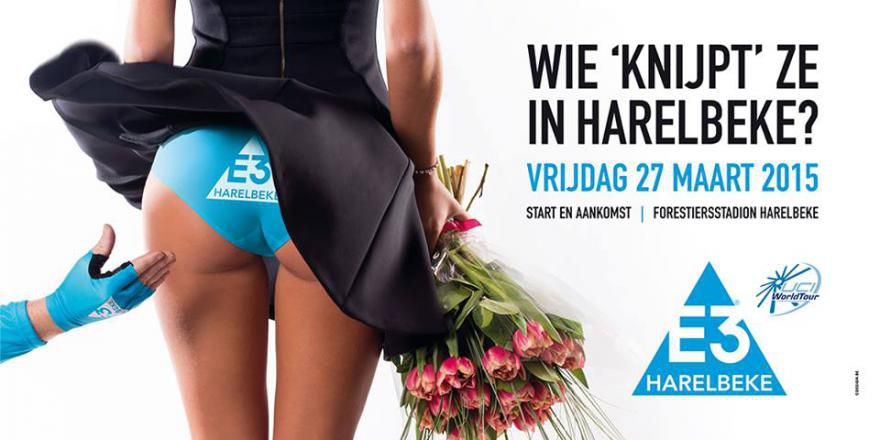 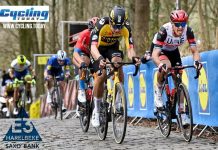 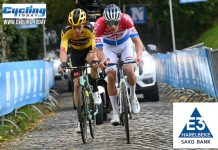