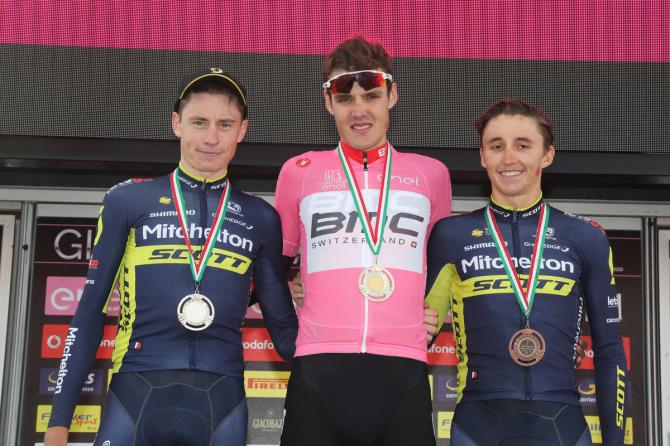 After moving into the pink jersey on stage 3, Pavel Sivakov secured overall victory at the Giro d’Italia U23 after holding his nerve on the final climb to finish third on stage 7.

“I feel incredible. I can’t believe it. I hoped I could win but I never thought I would be able to win the Giro d’Italia U23 this year. It was really tough at the end but the guys did a really good job. They have been amazing all week and this victory is as much the team’s as it is mine”, said Sivakov.

“This is one of the biggest races in the U23 calendar so it is a big win for me and the team. It’s an amazing feeling and it gives me a lot of confidence as I continue to look ahead.”

Australian duo Lucas Hamilton and Jai Hindley have sealed second and third overall after Hindley took the win, with Hamilton second, on the final stage.

“The team has been ridiculously strong all week,” said Hamilton. “All of these guys are capable of winning in their own right and I’m sure that Jai would agree that we are fortunate to have had such strong support. This is one of the biggest races of our season and I must say I really enjoy racing in Italy.”

“I’m very happy with our performances and the result, for sure there’s some mixed emotion because it was so close, but I’m sure once it all settles down I will be very proud of our achievement.”