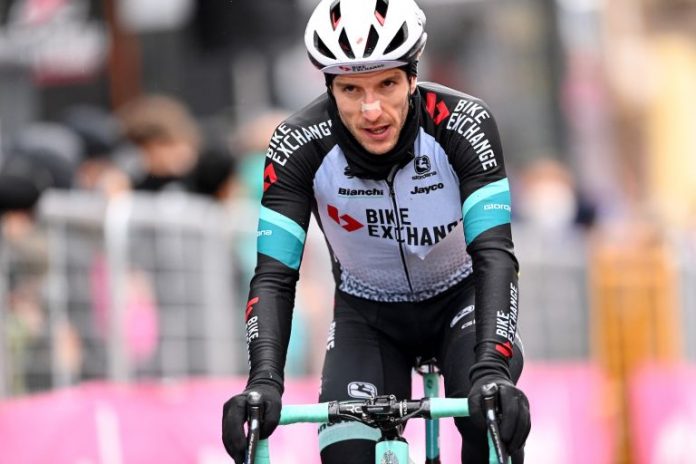 Simon Yates lost again time on a mountain stage in the Giro d’Italia and dropped from second to fifth place in the general classification after stage 16.

“This didn’t go as planned, but you also need to be in control of your bad days,” said Yates.

“But that’s just as important as managing your good days. But there are still stages to come and we are very close to a podium place. First a well-deserved rest day tomorrow. We will have to press reset and then we will start the last block”.

“We honestly hoped that Simon would do better”, BikeExchange general manager Brent Copeland added. “He didn’t suffer with the cold or for hunger knock, he just had a bad day, it can happen in a three-week race. Now we’ll see what we do in the final week

“His Giro is not over but against such a strong Bernal like today, it’s going to be very hard. We’re riding to win but Bernal is riding well too. It’s not over and we’ll try to do something and make it a spectacular Giro.”