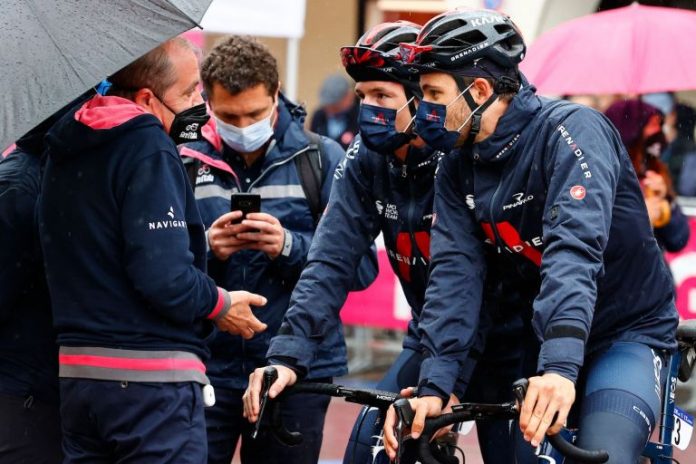 Giro d’Italia experienced again a bad day for its image as the queen stage was deprived of Fedaia and Pordoi climbs due to unfavourable weather forecasts.

An agreement between the organizers and the cyclists’ union was reached before the start of stage 16 which was supposed to be the hardest test of this year’s edition.

“What we really wanted to do here was not just go out and ride along, we wanted to have a proper race so we took the decision to take those two climbs out and try to avoid any sort of problems with riders, and I think we wanted to make a proper race today,” Mauro Vegni said before stage 16.

“It’s a bit different from the past, we’ve had the time to talk about, talk with the organisers. In my opinion, there was a chance to do the entire stage but of course with the weather conditions we’ve taken two climbs out and we have a real race.

“Hopefully, we’ve made everyone happy with that decision. It’s difficult to stop the race once it’s started. It’s very different from what happened last year when we discovered everything at the start. This year we’d already talked about this and discussed it.”

“I didn’t hear any riders here [this time] because we actually took the decision ourselves and we had a chat with the riders’ representatives and there wasn’t any sort of protest, that’s the sort of thing we wanted to avoid,” Vegni explained.

“Either we don’t do the stage or we need to do something different. Either you can ride for the descents or you can get cold, or you can just do the last climb and that one descent, I think it’s totally doable, this is cycling. This was a decision that was taken by everybody.”

“I’m still angry, really, about what happened last year. It wasn’t respectful towards the race. All the people who went to watch cycling. So this year we’ve taken the decision to try and respect the fans, for the fans that want to see the Giro on the road,”