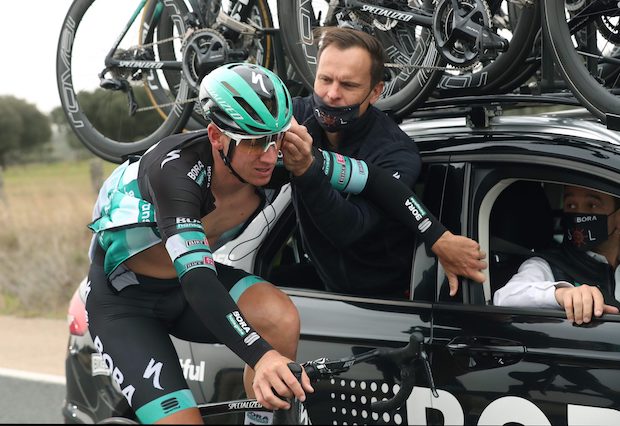 Several riders of Bora-hansgrohe including new signing Wilco Kelderman were injured after being hit by a car while training in Italy.

According to reports seven riders were involved in the incident with several taken to hospital.

“Today during training, some of our riders were involved in an accident with a car,” a statement said. “Wilco Kelderman, Rüdiger Selig and Andreas Schillinger were taken to hospital, all conscious. Wilco and Rudi have sustained concussion, while Andreas is awaiting final examinations.”

Kelderman, who finished third in last year’s Giro d’Italia, joined from Sunweb at the start of the year.

Ide Schelling reported the incident on Strava, saying: “Bit of a sh*t end to the camp. There was a major crash with a car. All riders have crashed. Today I had an angel on my shoulders, as I decided not to join the group for an extra half hour. I don’t know anything else yet, but keep a close eye on Bora-Hansgrohe’s social media.”

Bora-hansgrohe is doing its training camp around Lake Garda in the north of Italy.