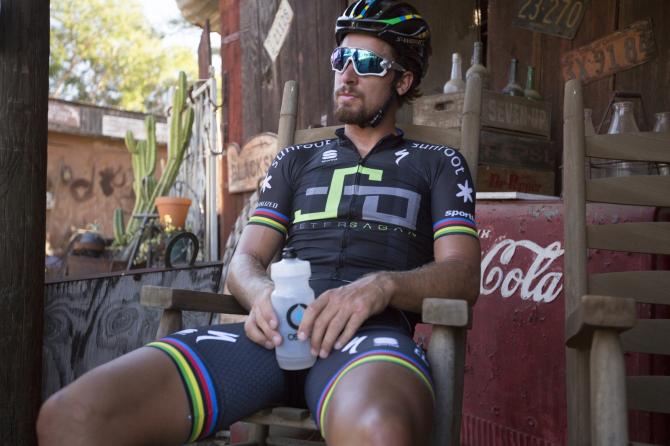 World champion Peter Sagan spoke with journalists on Saturday in Westlake Village, California, at his gran fondo charity event. The Slovakian said that his contract with Bora-hansgrohe allows for him to race off-road when it doesn’t interfere with his road schedule.

“I can do mountain bike racing. It was part of the [contract] with Bora. We’ll see how it’s going in the season, and then I’ll have to decide my schedule,” Sagan said. “It’s not very easy to put it all together, to change from road bike to mountain bike. This year I did it because I had to prepare for the Olympic Games. I had to get the points, and it was really tough for me this year. It was [juggling] a lot of things.”

Sagan will start 2017 season at the Tour Down Under, and focus on the Spring Classics, before returning to the Tour of California. Tour de France will be another big goal for Sagan next season , a race where he hopes to tie Erik Zabel’s record of six green jerseys.