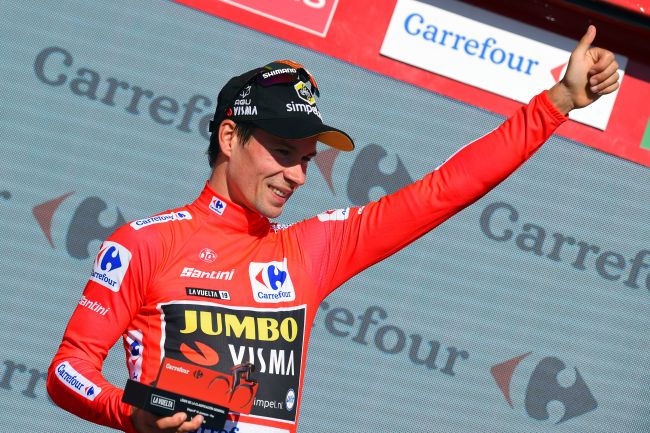 Primoz Roglic earned a dominant victory in the individual time trial Tuesday to take the overall lead of the Vuelta a Espana.

The Jumbo-Visma rider won the 36-kilometer 10th stage in the French city Pau with a time that was 25 seconds faster than second-place Patrick Bevin (CCC). Frenchman Remi Cavagna of team Deceuninck-Quick-Step was third, 27 seconds off the lead.

”I’m happy with the performance, for sure,” said Roglic. ”The goal was to try to go as fast as possible all the time and, yeah, it was enough in the end.”

Roglic, only the second Slovenian to take the Vuelta lead, opened a gap of nearly two minutes over second-place Alejandro Valverde.

”It was everything as expected,” Valverde said. ”Roglic was the favorite for this time trial and he showed why. I had a decent time trial. There is a long way to go and we are still in it.”

”We will have a lot of opportunities,” the Colombian rider said. ”Hopefully we will still be in the fight in the end.”

”Three minutes is a lot,” the Colombian said. ”In this situation we have lost races and we have won races. We have nothing to lose. We are at least going to try.”

On Wednesday, riders return to Spain in a mid-mountain 11th stage of 180 kilometers from Saint-Palais to Urdax.