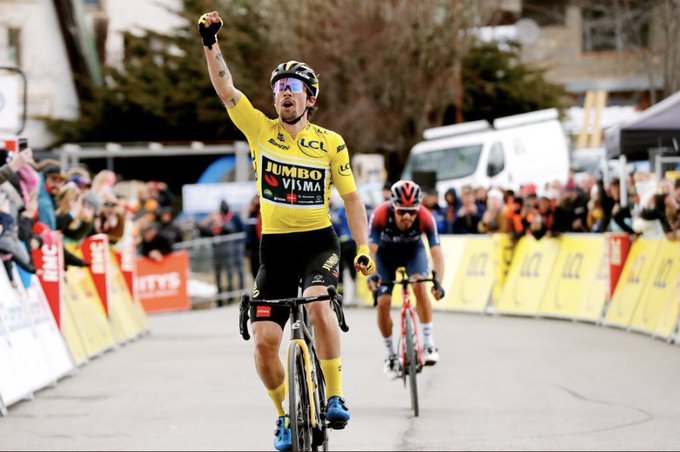 Primoz Roglic launched the final, decisive attack up the biggest climb on this year’s Paris-Nice to win the seventh stage and tighten his grip on the race lead on Saturday.

One after another, the Slovenian’s main rivals attacked on the 15-kilometre ascent of Col de Turini. Each time, Roglic responded and the Jumbo-Visma rider then attacked himself entering the final kilometre.

Roglic crossed the line in the only summit finish of this year’s race, with Daniel Martinez on his wheel and Simon Yates two seconds behind. Nairo Quintana was at nine seconds, with Joao Almeida at 11 seconds.

Roglic extended his advantage over Yates to 47 seconds and to one minute over Martinez.

Sunday’s final stage starts and finishes in Nice and includes five climbs in the hills around the city on a 115.6-kilometre route. The summit of the last, the Col d’Eze, is only 15 kilometres from the finish.