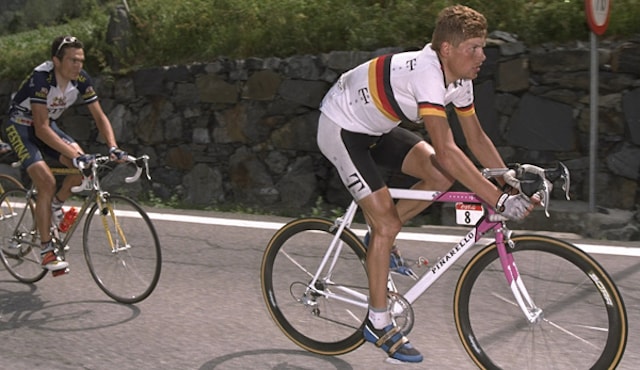 It took 84 years for a German cyclist to win the Tour de France and Jan Ullrich’s 1997 victory remains the first and the last one for Germany to this day. Campagnolo featured heavily, with a complete Record group (including original-shaped Ergopower levers) and what were then considered deep-section aluminum tubular wheels. Ullrich would switch later in the race to carbon tubular wheels that were reported to have been made in Munich, Germany, by then upstart Lightweight.