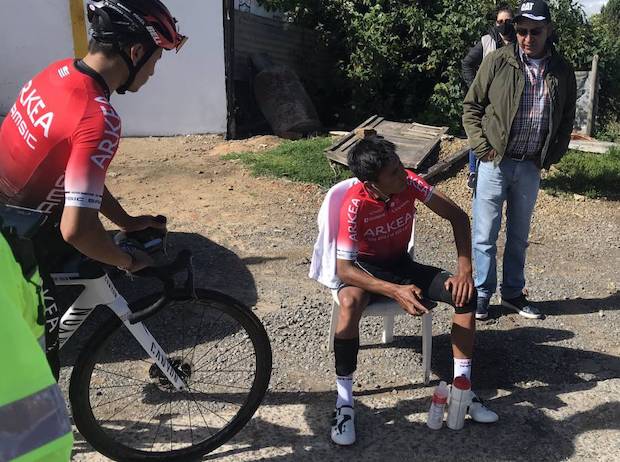 (Reuters) – Nairo Quintana said he had not suffered any serious injuries after being hit by a car during training in Colombia on Friday.

The 30-year-old Colombian, who won the Giro in 2014, the Vuelta in 2016 and twice finished runner-up on the Tour de France, was knocked down by a car that overtook him and his support team.

His Arkea-Samsic team feared a possible knee injury but Quintana said he had grazed his left arm and hurt his right knee and left leg.

“I want to let you know that I am good,” a smiling Quintana said in a video posted on his Twitter account.

“We are waiting to do a some exams to rule out any injury that might affect our preparations for the commitments we have coming up.”

Quintana is scheduled to resume racing at the Tour de l’Ain on Aug. 7.