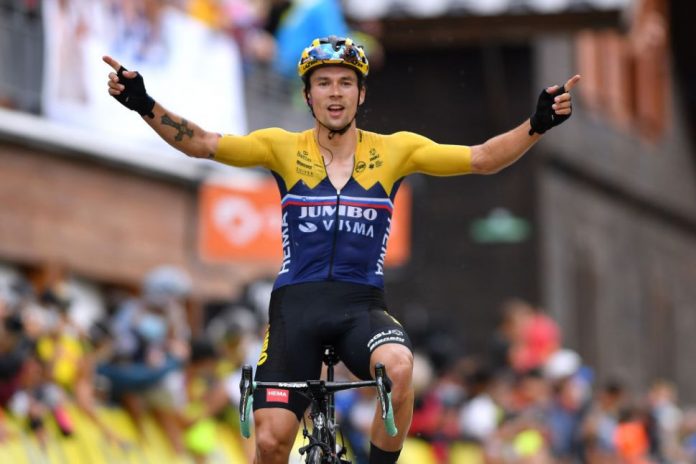 Primoz Roglic said on Thursday he was ready for the Tour de France, removing any doubts about his participation in cycling’s biggest event of the year following a heavy fall in his previous race.

“I feel fine. I’m here at the Tour start now, so that’s good news,” the 30-year-old Jumbo-Visma rider said. “It’s been a different plan because we didn’t plan to have this complicated start with the crash and it took some time to restart and do the things I wanted to.

“But in the last days I managed it and I’m here at the start and looking forward to starting with my best on Saturday.”

The Vuelta champion was in “a lot of pain” after crashing at the Criterium du Dauphine on Aug. 15 and said last week he had not yet fully recovered but Jumbo-Visma coach Grischa Niermann said “everything looks good”.

“He trained well at altitude and he is now here. We are fully prepared to ride the Tour with him,” he said.

Before his crash, Roglic had been in ominous form and his team appeared the most formidable of the peloton, with former Giro d’Italia winner Tom Dumoulin in support.

Roglic, who won the Tour de l’Ain in stunning fashion when racing resumed following a four-month hiatus due to the COVID-19 crisis, was leading the Criterium du Dauphine until he crashed in the penultimate stage.

His fitness will be tested with a treacherous mountain stage as early as the second stage around Nice on Sunday.

While much of the focus has been on Roglic, Dutchman Dumoulin will give the Jumbo-Visma team a two-pronged assault on the general classification.

“Tom has made big steps, he’s ready to be at his best here,” Roglic said. “It’s a lot nicer now to have such a strong guy in your team rather than an opponent and we’ll try together to do the best we can.”