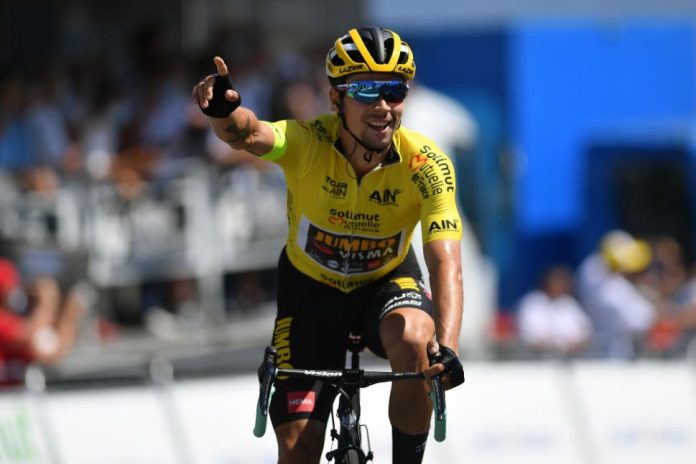 Primoz Roglic won his second consecutive stage to wrap up the Tour de l’Ain title and set his stall out ahead of the Tour de France.

Team Ineos took the lead of the pack during the first part of the Grand Colombier until it managed to reduced it considerably, but couldn’t get rid of many riders of Jumbo-Visma. Chris Froome turn in front finished with five kilometres to go, leaving Jumbo-Visma in control of the pace as only Egan Bernal remained for the British team.

In the last kilometre, Bernal attacked and Roglic followed, but the Colombian couldn’t hold the pace for much longer and the Slovenian national champion took the victory of the stage and the race.

“Today was again a hard day. Ineos did a really hard race with a hard tempo on all the climbs, but our team did a great job again, so I was able to just finish it,” said Roglic.

“Every race is nice to do after this lockdown, so I’m also looking forward to another one. My main ambition for the Tour de France is to put myself on as high a level as possible, and to try to grow together with the team and do as good a job as we can. That’s the main goal.”