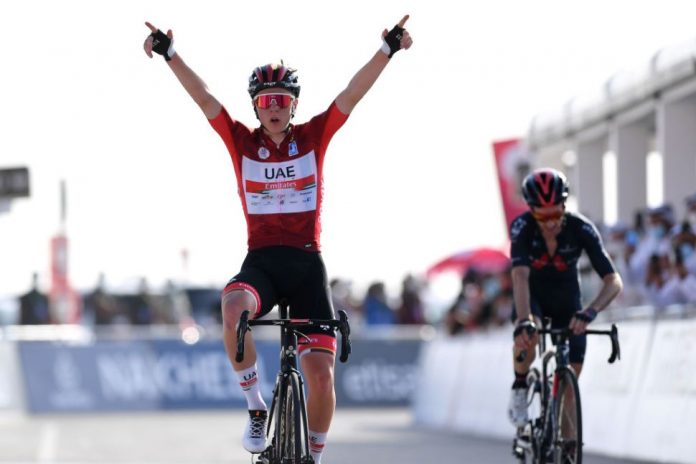 Tadej Pogacar took a major step towards victory in UAE Tour after winning the first climbing stage on Tuesday to strengthen his hold on the overall lead.

Yates took the battle to Pogacar with a series of accelerations on the way up the 10km Jebel Hafeet climb. Only Pogacar could follow as the other contenders dropped away with Yates’ relentless attacking.

But under immense pressure to win this Tour, Pogacar refused Yates’ pleas to launch a joint bid to distance the others. Instead, from a position of strength he sat on Yates’ wheel and then skipped away from him over the final 400m.

Almeida and the chasing group crossed the line 48 seconds off the pace, leaving the Quick-Step man in third overall at 1min 03sec.

“I knew exactly what I needed to do in the sprint. I started early because with the two corners, it’s hard for the guy behind to come past so it was an advantage to start the sprint first,” Pogacar said.

“We wanted a win, and we got one,” he added. “All I had to do was respond to attacks. It was super hard but I’m super happy to win.”