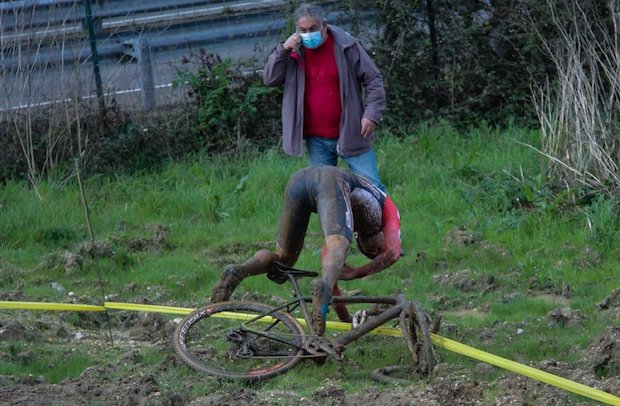 After many speculated that yesterday’s strange crash of Antonio Tiberi in UAE Tour could be  caused by a failure of the disc brakes, another video with a bizarre crash shared on internet suggests it might have been the disc brakes again that failed the cyclist.

Miguel Salgueiro crashed out of the Portugese National Cyclocross Championships while fighting for the victory. In the footage below we can see the rider pulling on the brake lever without much effect, before missing the turn and tumbling over the steep bank.

Here is the video of the crash with some nice edits from Hernâni Broco 🤹‍♂️😂 pic.twitter.com/CWtFDrmVBy

Please let in the comments section your opion about those two crashes and what could have caused them.