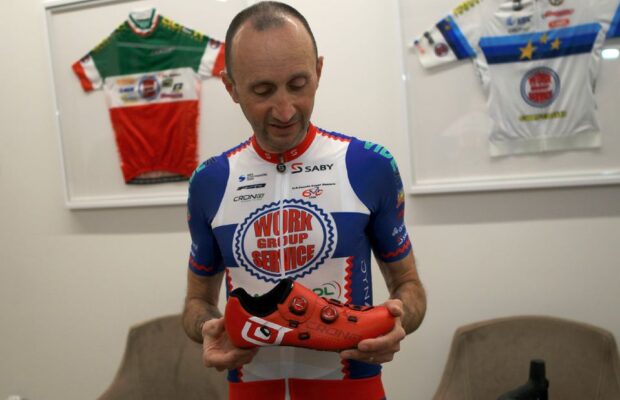 Davide Rebellin turns 50 in August, but the former winner of the Amstel Gold Race, Flèche Wallonne and Liège-Bastogne-Liège will be seen in the peloton for another season.

Rebellin told La Gazzetta dello Sport that he has signed a contract with the continental Work Service-Marchiol, an all Italian team. Last year, the team was seventh in the Trofeo Matteotti with Paolo Totò and seventeenth in the Sibiu Tour with Raul Colombo. Reportedly, Rebellin will make his debut for the team in the one-day race Trofeo Laigueglia on March 3.

“It’s great to set new objectives and help the team management after the support they’ve shown me. Cycling is more than a job for me, it’s a passion,” Rebellin said.

“I can see myself in the young riders in the team, in their hopes and aspirations. Rather than just teaching them things, I hope to transmit to the whole team the emotions that cycling gives me.”

It seemed that Rebellin would ride for the continental Cambodia Cycling Academy this year. The Italian posed in that team’s outfit, but earlier this month it was announced that he still had not signed a contract. The team has had negative news for the past few months and there are reportedly problems with the equipment, circumvention of the regulations and internal conflicts.