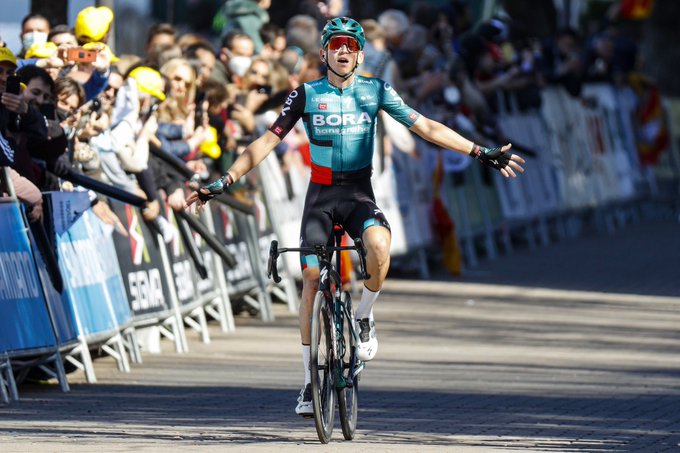 Kamna took the final stage after holding off a chase from Lorenzo Fortunato (Eolo-Kometa) and Alessandro Covi (UAE Team Emirates), who finished second and third.

“It was a really hard race and was full gas from kilometre zero,” said Kamna after the stage. “We were always there with a lot of guys so we could play the stage really well, in the end it worked out perfectly.

“It means a lot to me especially after my break last year. I’m so happy to come back like this on the Europe race calendar and I’m just looking forward to the next races. We want to win as much as possible; we want to ride aggressively and I think we’ve done it here.”

Poels crossed the finish line ahead of rivals Miguel Angel Lopez (Astana) and Cristian Rodriguez (TotalEnergies) to bring Bahrain-Victorious its first GC win of the season.

“I’m super-happy it’s the second general classification (GC) win of my life,” said Poels. “I really like this race I’ve finished second before on GC and now the win. The team did an amazing job today to control everything and I couldn’t be happier today.

“My goals are to just try and win as much as possible. I really like this race; it suits me well and I always like to race in Spain. We will see the rest of the season.”