The 2017 Tour Down Under is about to get underway and since arriving in Australia, Peter Sagan has been spotted test riding a custom Specialized Venge ViAS Disc.

Disc brakes are being re-introduced into the World Tour this year, and many teams are experimenting with the technology. Peter Sagan has a disc brake Venge at his disposal, which he has used during training in Adelaide.

The bike features glitter paint with the S-Works logos bordered by gold paint. It’s a detail that’s hard to discern when your eyes are being forced to the gold Roval CLX 64 disc-brake wheels. At the heart of these special wheelsets are Centerlock compatible Roval hubs. 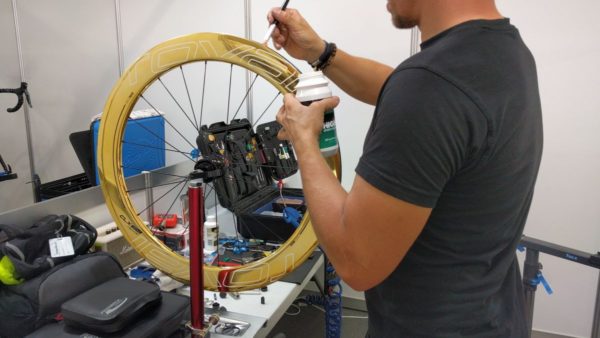 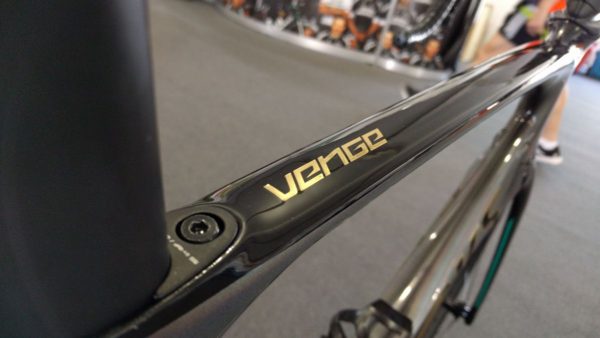 Sagan’s bike it’s not a lightweight at 8.46kg. All the cables are hidden inside the frame and the flat mount disc brakes utilise a 160mm rotor at the front and a 140mm rotor at the rear. 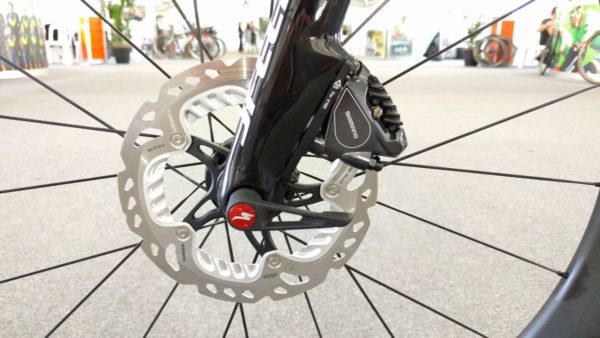 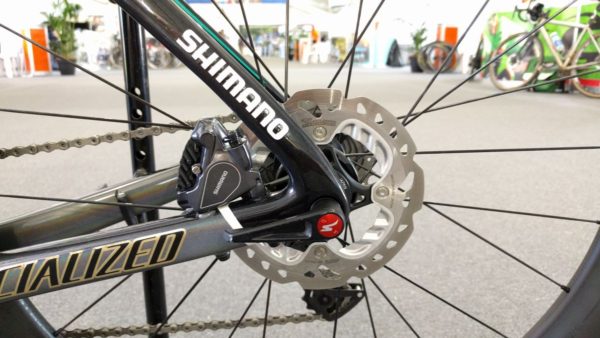 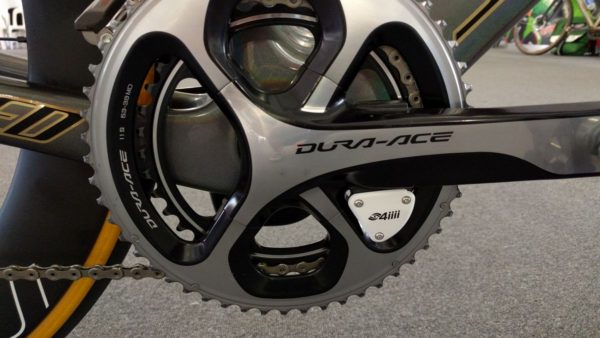