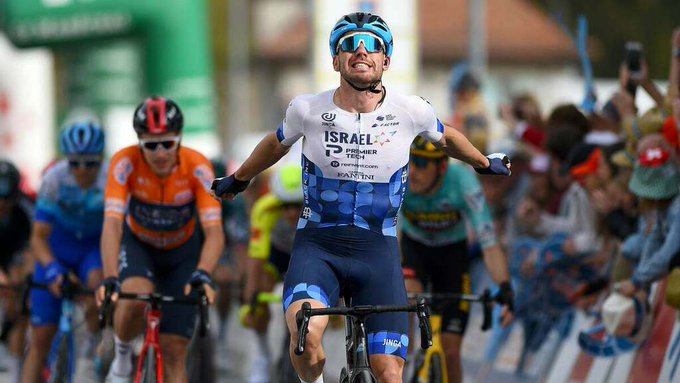 Patrick Bevin won stage three of the Tour de Romandie on Friday as Rohan Dennis extended his slender lead in the overall standings.

After a 165km rolling run on Friday over six small hills, Bevin won the bunch sprint ahead of Ethan Hayter while Rohan Dennis took four bonus seconds by coming third.

This was the first WorldTour win for the Israel-Premier Tech in the 2022 season.

“I knew this was a stage where I could be there at the finish and I really wanted to win this sprint. What a day”, Bevin said.

Rohan Dennis now leads Bevin in the overall by 14seconds.

Six massive mountains stand in the way of Saturday’s winner on what should be the decisive stage, although Sunday’s uphill time-trial will also carry some edge.