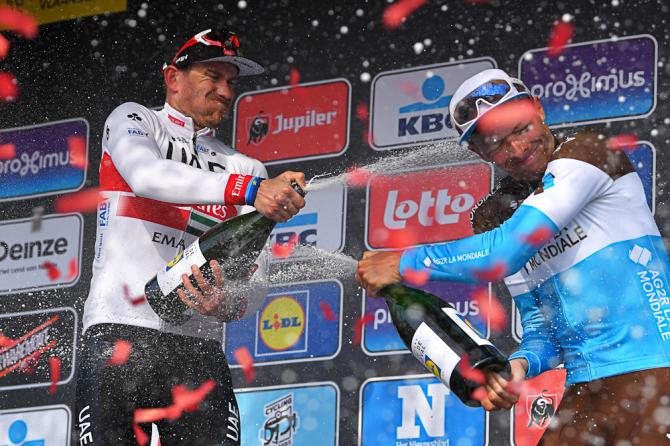 Oliver Naesen is suffering from bronchitis and is currently doubtful to start in Tour of Flanders this Sunday.

The Belgian rider reckons he contracted the illness after getting drenched with champagne during the podium ceremony of Gent-Wevelgem.

Naesen confirmed that he has started a course of antibiotics and that he hopes to have recovered before De Ronde.

“The only moment I was really cold was on the podium at Gent-Wevelgem, so I can only say I think it’s from that.”

“I took the first antibiotic straight after the race, because every day you wait is like one day late to get healthy. At the moment, it stays more or less the same. It’s not really getting that much better, but it’s not getting worse, so that’s something,”

Despite not winning a race, Naesen has managed top 10 finishes at Omloop Het Nieuwsblad and E3 BinckBank alongside his third place at Gent-Wevelgem and second in Milano-San Remo.