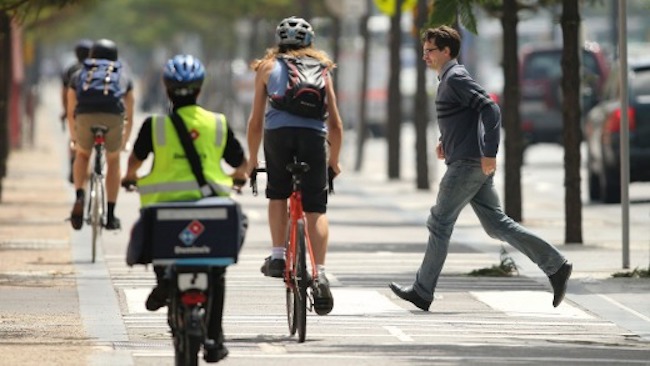 New study says that the number of pedestrians killed or seriously injured by cyclists in U.k. doubled between 2006 and 2016.

The 2016 figure is more than double the 50 pedestrians who were killed or seriously injured a decade earlier in 2006, since when there has been a sustained increase. By 2016, that number had grown to beyond 110.

The UK government recently announced a review into the laws that govern cyclists. It follows a campaign from one Matt Briggs, whose wife Kim was hit and killed by a cyclist last year.

“These figures reinforce the need for comprehensive and coherent laws relating to cyclists in line with other road users,” Briggs said. “At the moment, there is simply no effective, relevant legal remedy for anyone killed or seriously injured as a result of criminal wrongdoing by a cyclist. This represents a huge gap in UK law.”

Jason Wakeford, director of campaigns for road safety charity Brake, said: “The rise in the numbers of pedestrians killed or injured by cyclists is concerning but the fact remains that vehicles are responsible for 99 per cent of road user fatalities.

“Our justice system has to be far better equipped to deal appropriately with dangerous behaviour from all road users.”