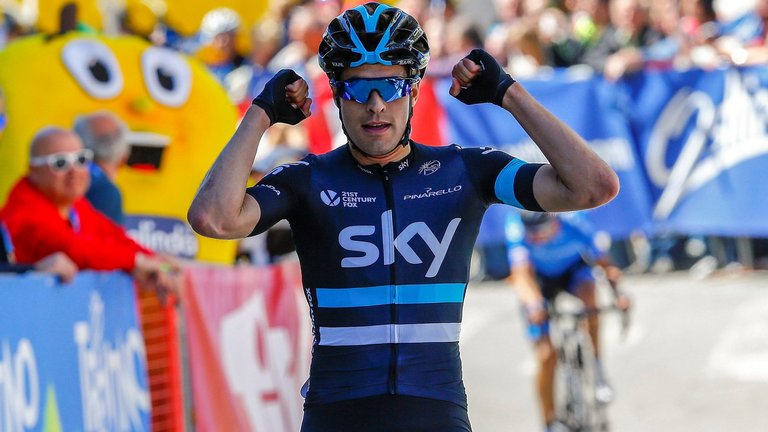 Mikel Landa (Team Sky) won the opening stage of the Vuelta a Burgos to move into an early race lead.

The Spaniard went on the attack inside the final 10 kilometres and animated the closing stages, leading an elite group clear, before sprinting away on the rise to the line in central Burgos.

He rounded Astana’s Sergei Chernetckii inside the final 100 metres and took the win by two seconds, celebrating as he crossed the line. What remained of the peloton rolled home five seconds back.

“It has been a surprise for me to win today but I had the motivation. I also like the city and I had to try something”, said Landa.

“I have a little bit of time that I can use in my favour for the rest of the race now so it might be a little bit easier, but nevertheless El Picon Blanco will be a finish where the differences of today might be insignificant. That day [stage three] will be very hard and all the favourites will compete for their position. It will be the decisive day.”