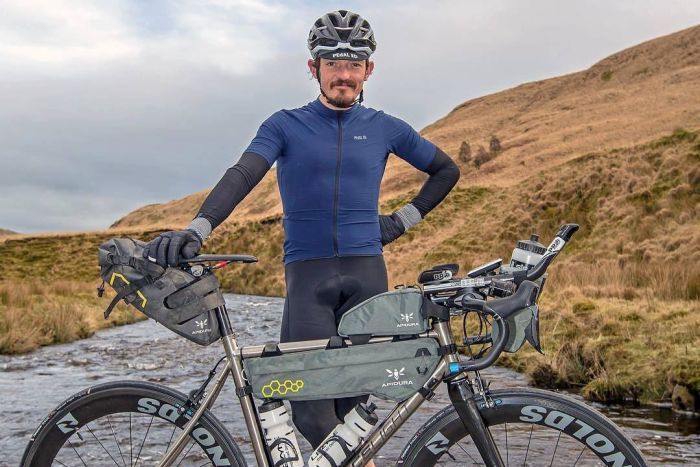 An inquest into the death of British ultracyclist Mike Hall, who was killed near the Australian capital while taking part in the Indian Pacific Wheel Race, has heard evidence his clothing and lights would have made him hard to see to passing drivers.

Mike Hall, 35, died on March 31, 2017, after a fatal collision with a car south of Canberra, at the intersection of the Monaro Highway and Williamsdale Road.

He was competing in the Indian Pacific Wheel Race, an unsupported, solo ride covering nearly 5500 kilometres from Fremantle to Sydney, that crosses the Nullarbor Plain then passes through Adelaide and Melbourne.

The inquest heard it was dark at the time of the accident, that the stretch of road does not have street lights, and there is less than a metre of room between the edge of the left lane and barriers on the side of the road.

It also heard Hall was wearing dark clothing without reflective material, and his red rear light was at a similar height to reflectors on roadside barrier posts.

Hall died from head, spinal and back injuries after being hit from behind by a car driven by 19-year-old Shegu Bobb, who was on his way to work in Canberra when the fatal crash happened at 6.20am on the morning.

The motorist was travelling at almost 100 kilometres an hour and Hall’s death was “almost instantaneous.”