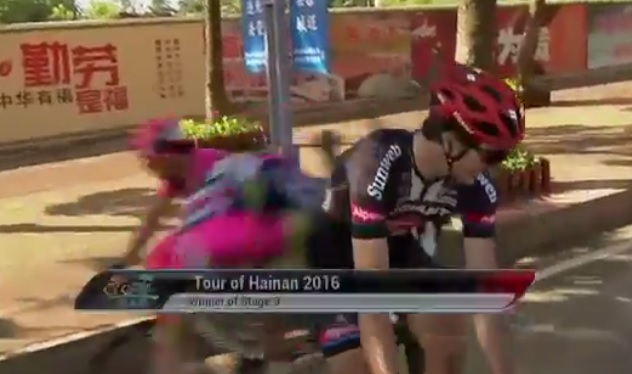 Young german sprinter Max Walscheid raced to victory in the bunch sprint on the third stage of the Tour of Hainan but when he turned to celebrate his victory in front of the TV camera a rider became a victim of his abrupt change in direction.

The Giant-Alpecin rider gave a clenched fist to the cameras right after the victorious sprint, but as he was doing so Lampre-Merida’s Matej Mohoric clipped his rear wheel and went spinning in the air, landing on his back.