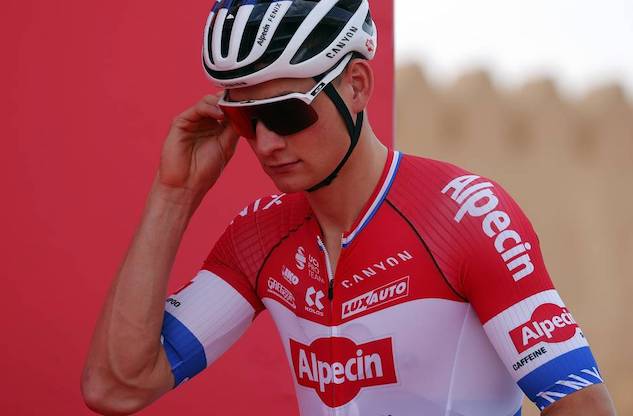 Mathieu van der Poel will try to defend his title this Sunday in the Tour of Flanders and along Wout van Aert and Julian Alaphilippe, he is one of the three top favorites.

“I haven’t recovered the legs from the Italian block,” he says. “I felt okay. That offday [Dwars door Vlaanderen] had to do with the first heat of the year. Not that it was suddenly 25 degrees Celsius, but the change and the temperature difference was suddenly large. I was not the only one, there was a lot more people who were bothered by that. You can’t really pin anything to that. At least nothing to worry about for me. Sunday is also a completely different, new course. Wednesday has nothing to do with that.”

“I didn’t have the best base when I started the season, but we already knew that. It was enough to stretch to Paris-Roubaix, I think. Because I immediately had a good form. However, the Italian races were quite hard and difficult. If you have to go deep a few times while your base is not great, everyone knows that you will lose something in your fitness.”

“I think a lot of riders can win Tour of Flanders; the latest races have shown who were the strongest. We could always designate the favorites in advance, but after each race it turned out to be different. I therefore find it difficult to put predictions on results. Also for Sunday. I think there are more favorites than everyone thinks. ”

“Deceuninck will certainly try, but the Tour of Flanders is sixty kilometers longer than the E3 Saxo Bank Classic. The climbs are also more at the end. It will certainly turn out to be an open race, with many teams looking to attack before the real final begins. ”

“Julian is someone I always pay attention to in the race. I don’t know about him. It may be a little less impressive than in 2020, but he still performs at a super high level. Of course he rides in the rainbow jersey for a reason. He is definitely one of the biggest competitors on Sunday. ” 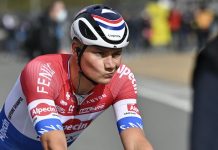 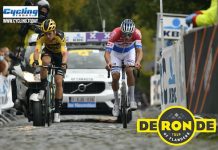 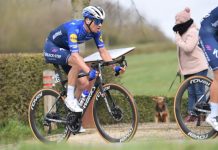 Zdenek Stybar to miss Tour of Flanders after surgery