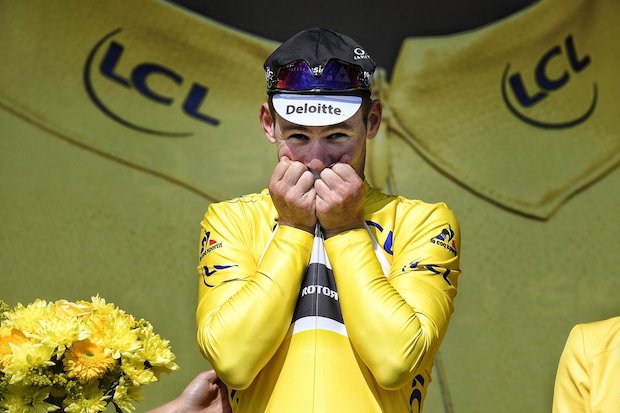 (Reuters) – Mark Cavendish’s surprise omission from the Tour de France caused a split in his Dimension Data team on Saturday with owner Doug Ryder and performance director Rolf Aldag at odds over the decision.

Briton’s “Manx Missile”, who has amassed 30 Tour stage wins, has appeared at every race since making his debut in 2007 but was cut from the eight-rider squad this week.

Addressing media in the paddock opposite the Royal Palace in Brussels, Ryder spoke for the first time about Cavendish’s exclusion.

“Mark is a legend of the race,” he said. “It is sad for the race that he’s not here. We took that into account and spoke to the organisers. We selected a team based on the route and how hard it is this year. It was a team decision.”

Aldag had wanted Cavendish in the squad.

“It’s no secret I wanted him here,” he said. “I think it would suit our strategy but ultimately it’s a team owner decision,” he said.

“It’s within my remit to select the team which I did and Mark was included and the team owner has the right to overrule me which he did.”

Cavendish, who is chasing Eddy Merckx’s record of 34 Tour de France stage wins, said this week he was “heartbroken” not to be taking part in the Tour.

“As I have done for my entire career, I targeted a specific time to be at peak form. This has pretty much always resulted in me hitting my goals or coming damn close,” he said. “I feel I was in the perfect place.”

Cavendish’s wife Peta sprung to the defence of her husband, saying on Twitter: “The truth always comes out in the end. Cowards can’t hide forever.”

This week Cavendish “cheered himself up” by going for a ride with a young fan who was sad not to be able to watch his hero on the television at this year’s race.

After riding with Evan Llewellyn in Mansfield, Cavendish said on Twitter: “It was an absolute pleasure Evan! Couldn’t bear to see you sad. I knew a bike ride would cheer us both up!” 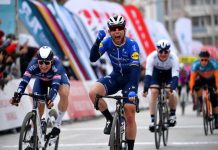