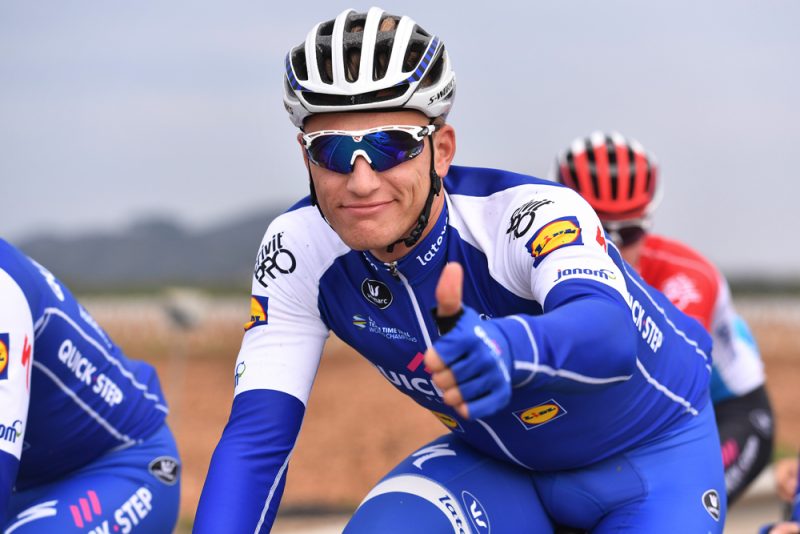 German sprinter Marcel Kittel will join the Katusha-Alpecin for the 2018 and 2019 seasons. Kittel’s move was made possible after another top sprinter, Alexander Kristoff, left to join UAE Team Emirates.

“We are very happy to have Marcel in the team. We can say that he is at the moment the best sprinter in the world.”, said general manager José Azevedo.

“He showed this quite impressively in the Tour de France where he won five stages. He will be one of our most important riders and can look forward to strong team support. We will try to support him in the best possible way to ensure that he can continue his successful results” .

“I’m really looking forward to a new challenge in new colors. For me, this moment is exciting”, said Kittel. “With this step, I also hope to get new inspiration. I think, I find all the requirements in the team that I need to be strong in the sprint finals. I saw that the sprint train is functioning very well.

“Team Katusha-Alpecin has undergone a major change in recent years. I’ve been watching these changes for a long time and I think it’s good. That is why I am looking forward to being part of the team and share the direction they are headed. Team spirit has always been important to me and for this reason also I’ve become a pro cyclist,”.

Kittel, 29, born in Arnstadt, Germany, was a time trial specialist in his youth where he earned twice gold in the Junior World Championships and has won the U23 European Championships. He turned professional in 2011 and rapidly developed his dominance in the sprints. In the 2017 Tour de France he won five stages, bringing his career total to 14 for the Grande Boucle.

He is the most successful German of all time at the Tour de France in terms of stage wins. In addition, he has four stages in the Giro d’Italia (2014, 2016), one stage in Vuelta a España (2011) as well as five wins in Scheldeprijs, the overall twice in the Dubai Tour and five stages in the Tour de Pologne, plus this year’s opening stage in the Tour of California.

“The little icing on the cake is of course to race again in the same team with my good friend Tony Martin. He gave me good insight into the team in my decision-making process. His opinion about the team was of course important to me,” added Marcel Kittel.