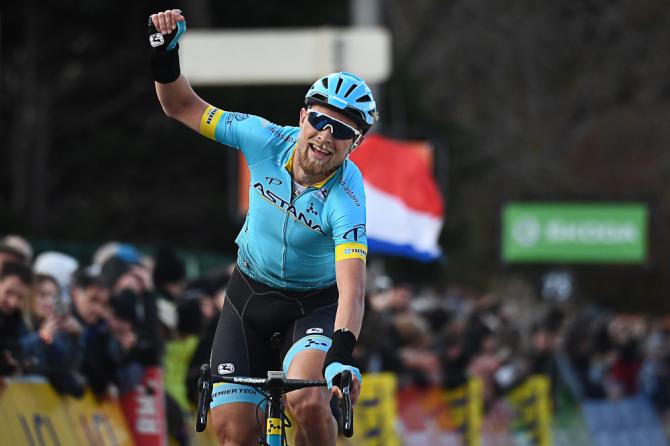 Magnus Cort (Astana) won the fourth stage of Paris-Nice on Wednesday escaping from the other survivors of a stage-long breakaway on the run in to the finish in Pelussin.

Michal Kwiatkowski (Team Sky) took the overall lead on the even of a 25.5km time trial.

Cort was one of the last four riders from a breakaway that formed in the first 15 minutes of the stage. He shed the other three in the last 400 metres to win the 212km stage.

“Paris-Nice is one of the biggest stage races we have and it’s amazing to win a stage here,” Cort said at the finish.

“It was not the official plan [to go in the break] but I went and I was feeling good in the first kilometres so I thought why not go in the break. I went in and it was of course the goal once you’re in to get the final. It’s both good and bad to be there with strong guys. It’s not easy to win but it makes your chances better to make it to the end. It’s amazing. It’s my first victory of the season but for sure the season is going very well for the team.”