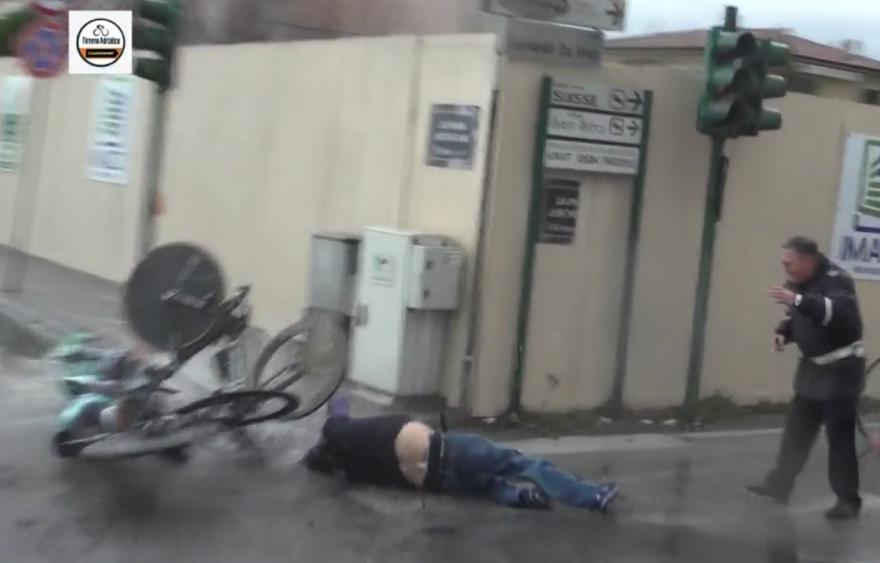 Two riders from Bora-hansgrohe were caught up in a high-speed collision with a pedestrian on the opening team time-trial of the Tirreno-Adriatico.

Oscar Gatto and Rafal Majka collided with a man who crossed in front of cyclists during the 21.5km team time-trial at Lido di Camaiore.

“Initial reports indicate that Oscar Gatto has sustained some bruising, while Rafał Majka went down somewhat harder,” the team said on Twitter. “Further testing will need to be done to evaluate their injuries. However, both riders finished the stage today.”

This is what happens when your race security isn't actually paying attention. Official has his back to the course while chatting to the man in orange. #TirrenoAdriatico pic.twitter.com/Sn8rA9UPYi

Peter Sagan avoided the collision in conditions which were already hazardous due to rain.

The pedestrian was brought to hospital but his condition was reported not to be serious.