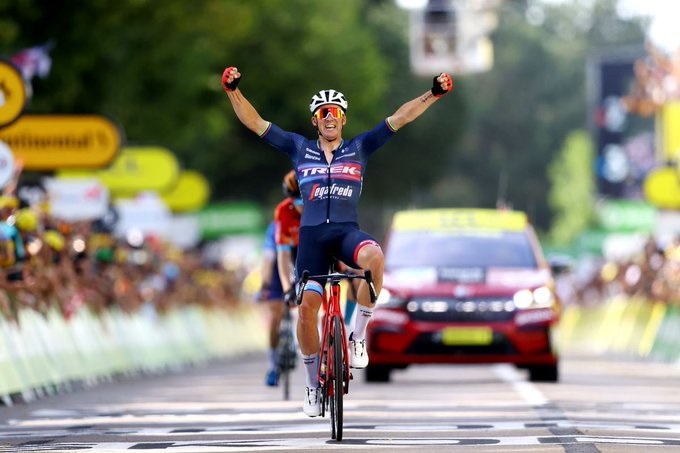 Mads Pedersen claimed his maiden Tour de France win after a strong showing in the 13th stage, a 193-km ride from Le Bourg d’Oisans on Friday.

You can rewatch STAGE 13 HERE

The 2019 world champion won a three-man sprint to beat Fred Wright and Hugo Houle, who were second and third, respectively.

“With a few kilometres to go it was still six of us so I had to shake things up,” said Pedersen, who first attacked from a six-man group with 12.5-km to go. “I knew I was the fastest sprinter but I had to get rid of some riders because it’s not easy to control five guys.”

Jonas Vingegaard retained the overall leader’s yellow jersey after spending the day in the main bunch in searing heat as the Tour left the Alps.

“It was a very hot day, we had to drink a lot to stay hydrated all day. I’m happy for Mads, he deserves it,” Vingegaard said of his compatriot, the third Dane to win a stage in this year’s Tour after the overall leader and Magnus Cort.