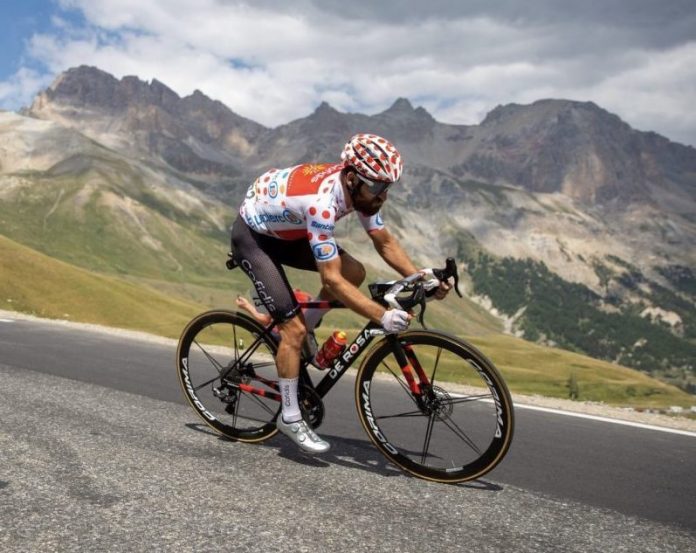 There are no other logical outcomes to the Tour de France 2022 stage 14 than a breakaway win.

Mads Pedersen finally won his first Tour de France stage and God did he deserve it. This will add to the recent debate about a team sending their versatile sprinter with a teammate versus having  a sprinter team leading a chase towards the end.

Other than witnessing how much Mads wanted that win, the other information to bear is that there are not a lot of team ready to lead a chase on an accidental parcours. You can rewatch the Tour de France 2022 stage 13 here.

The first 2 climbs of the day occurring before the 40km mark will be the terrain for some wild attacks rewarding the strongest puncheurs. Only riders capable of producing acceptable watts for an hour will be part of the breakaway.

The next 100km includes the intermediate sprint and will be essential for the outcome of the breakaway. With no Mathieu Van der Poel and Team Jumbo Visma having bigger fish to fry, the path is clear for the baroudeurs.

Ineos Grenadiers will be sending men and Dylan Van Baarle is most likely to be the main one. Jonathan Castroviejo and Alpe D’Huez hero, Thomas Pidcock could also be given the nod. Should the latter find himself upfront, it will be interesting to see the race change as he is less than 8 min from the Maillot Jaune.

Bob Jungels, after his 60km heroic effort, has a claim for the win, but Ag2r Citroën has other good cards to play with Mikaël Cherel. Also present in the French team is Benoit Cosnefroy. We have seen the french guy in better form but the final of the stage might motivate him.

The ideal situation for Bora-hansgrohe will be, to send both of Lennard Kämna and Maximilian Schachmann to the front. Should they make it, they will be the wheels to follow

Quick Step-Alpha Vinyl has one of the best puncheur in the world in Andrea Baglioli. His biggest shot at victory will be to integrate the breakaway though, as we have seen few willing to help Patrick Lefevere’s team. As such they could have a say by sending Florian Sénéchal in the breakaway.

Movistar will probably bank on Carlos Verona while Team Cofidis has several options. Starting with Simon Geschke who will try to protect his jersey from Guilio Ciccone. Ion Izagirre and Antony Perez will be surfing from their Alpine adventures.

This is the day that the Tour de France 2022 starts for Matej Mohoric. The Slovenian has been rather discreet so far but he is known to keep showing up every.single.day. once he get started. Team Bahrain Victorious will however be playing their joker on stage 14: Dylan Teuns.

Free Valentin Madouas! The 26 year old Frenchmen has changed dimension this season. Impressive in the classics, he has been an utmost asset to David Gaudu in the mountain. His 14th spot in the general is a rather proud achievement. Thibaut Pinot on his side is a marked man. All his moves on the Galibier were followed by everyone wanting to get away in Alpe d’Huez stage. He will nevertheless still try his luck on stage 14.

Intermarché-Wanty Goubert will again be throwing their dices and see which number comes out although Georg Zimmermann will particularly appreciate this stage. Magnus Cort Nielsen is eagerly awaited on this stage but EF Education-Easy Post have other riders to play with in Alberto Bettiol and Neilson Powless.

Sadly, Arkea Samsic has lost one of the favourite of they day in Warren Barguil but Connor Swift might rise to the occasion. Following the new crash of their beloved Caleb Ewan, Lotto Soudal’s best interest would be to give freedom to Andreas Krön and Tim Wellens.

Team Total Energies will be thrusting the in-form Boasson Hagen in the ring as well as the impressive Mathieu Burgaudeau.

Inspired by Mads Pedersen, Michael Matthews will not be repeating his mistake of the eve and this time will make sure to follow the moves of the early break. Nick Shultz is the new hero of the team and also has some deception of his own.

Team Israel Premier tech  will be hoping to have Michael Woods in the right group before La Montée Jalabert.  They will however have to play their card well by either controlling the day or by sending Woods with a teammate in the break. It will be not be a surprise to find Chris Froome riding at the front again.

Finally, with the pressure of a stage win off their shoulder, Team Trek Segafredo has multiple cards to play. While they will most likely send one or more of their men to the front, they could also take the race in hand and bring it to a very very reduced finish.

Not known for their tactical prowess, stage 13’s win was a Trek Segafredo’s masterplan well executed. While Jasper Stuyven was the most likely to go for a breakaway, the American team instead sent their super in-shape sprinter with a valuable helper in Quinn Simmons. This time all eyes will be on Bauke Mollema while Guilio Ciccone is eyeing the Maillot à Pois….

With only 8 stages left, time is running out for a lot of teams and with a sprint assumed on the next day stage 15, any team feeling that they do not have the right man in front will be leading the chase.

Being in the breakaway is not enough as the final 5 km is a puncheur’s dream.

The stage win will be decided on the first 3 km of the Montée Jalabert with an interesting last km completely flat that will not please many if they cannot get rid of the fast men.

To spice things up, irrespective of whether the breakaway is caught, the GC guys will be fighting here. Tadej Pogacar will be aiming to use his power to put Jonas Vingegaard and his 7 formidable soldiers in trouble.

An eye should always be kept on him in the unlikely scenario the main group comes back to the breakaway.

Does the route that takes him back to yellow starts here? He is unlikely to win the stage but the final ramp favours him over Vingegaard

Should he make it to the final climb with the front group, he will be the man to beat. But his current form in this tour does show that he is far from that.
★★☆☆☆ Lennard Kämna

The german can go deep when everyone is suffering. Unfortunately he is not the best sprinter and there will be definitely be someone capable of taking his wheel from what is expected to be a large breakaway group when he goes for it.

The hunger and ease he displayed on the previous day, shows that he could be back for more. He will however need more than Quinn Simmons this time.

He climbs well and can sprint. A danger man who will however  find himself easily outnumbered. And that long final km will be his downfall

Ineos Grenadiers go-to man would be a  favourite for the win had he done better against the likes of Nick Schultz.

He impressed and lost to Magnus Cort Nielsen only by a bike throw. This time the line is crossed after a flat 1km run in.

He will not be the best sprinter, probably not the best climber as well. But he will use that old fox mind of his to attack when no one is expecting.

He would want to emulate his best friend Mads Pedersen. Just like Bauke Mollema, he will need to use that mind of his that brought him Milan San Remo.

The stage fits both of this riders perfectly. Magnus Cort Nielsen has been in scintillating form and already got one win. Micheal Matthews should be full remorse after the display of his team in stage 13. Can he turn that into rage?

The French have not yet won in this year’s tour and had he been fit and present, Julian Alaphilippe would have surely won this stage. He has been knocking on the door a big victory since the start if this season. The stage suits him perfectly. His form is astonishing. All he needs is a day off taking care of David Gaudu.

Make sure to tune in at 12pm Central Europe, 6am U.S. Eastern on cycling.today or cyclingstream.com to watch the race free and live with us!
An exclusive post for Cycling today by A LeadOut