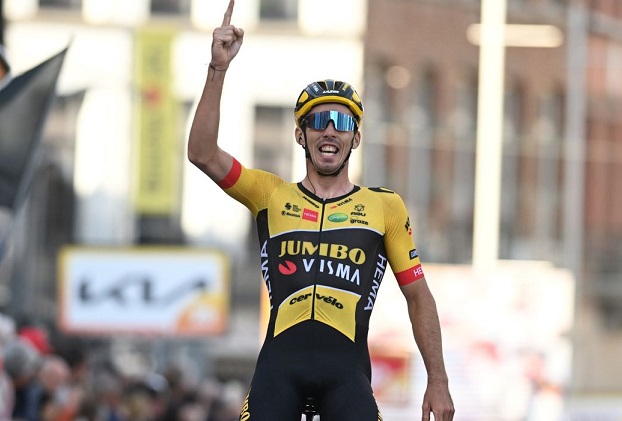 With roughly 10 kilometres remaining, the Frenchman broke away from the pack and was joined by Rasmus Tiller. The pair gained a fifteen-second maximum lead and saw the chasing group barely get closer. On the final cobbled lanes, Laporte rode away from Tiller to cross the finish line solo.

“It’s very nice to take another victory in this successful year”, said Laporte. “I never expected the season to turn out so successful”, Laporte said. He won a stage in the Tour de France, Paris-Nice and the Tour of Denmark earlier this season. In the latter stage race, he also won the overall classification.

“The legs were already good at the Worlds and they were strong today as well. In addition, the team was solid and worked hard. I am happy that I was able to finish it off.” 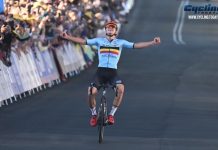