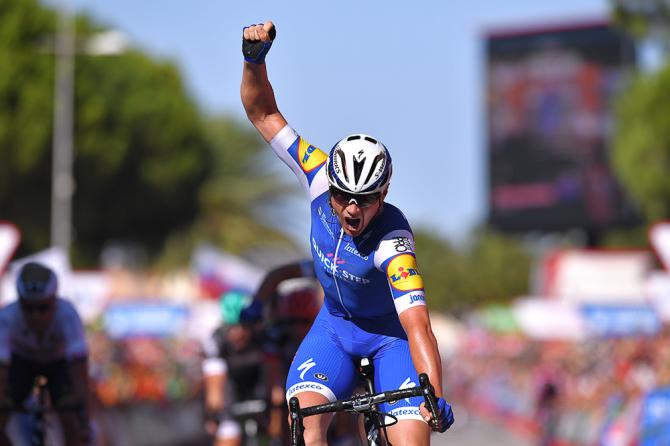 Yves Lampaert (Quick-Step Floors) won the second stage of the 2017 Vuelta a Espana to cap a perfect performance by his team on a day where echelons tore the race to pieces in the final kilometers.

“We planned with the team,” Lampaert said. “During the race there were no moments to make an echelon so we tried in the last ten kilometers. Niki (Terpstra) went full until the last three kilometers and then (Julian) Alaphilippe went. We were in the break with a few guys.

“Just before the roundabout they shouted at me to ‘go, go, go!’ and I knew that I can ride one kilometer quite fast and I am happy that I could finish it to the end. For the moment I don’t really realize it. I don’t know what’s happening but it’s really crazy for me.”