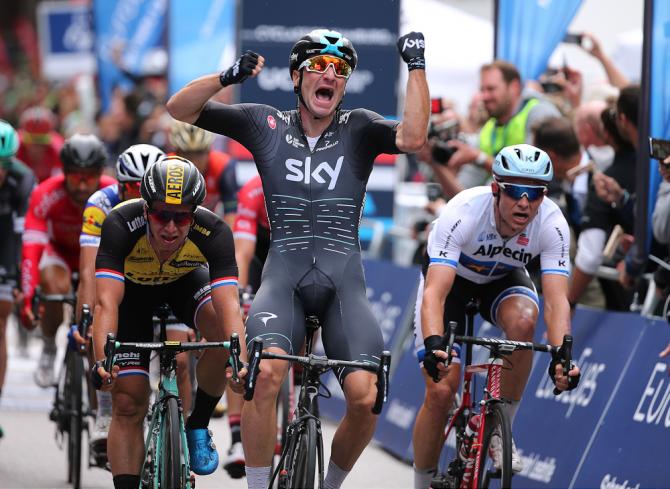 However, with 5km to go everything was back together and the bunch sprint loomed. Viviani powered past Alexander Kristoff (Katusha-Alpecin) and easily cruised in to take his first Cyclassics Hamburg win.