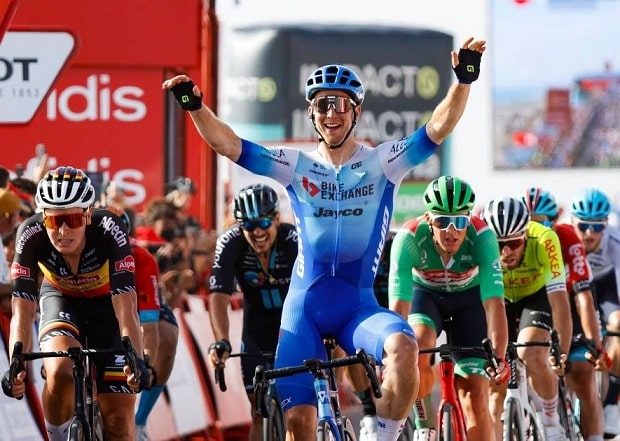 Remco Evenepoel, Enric Mas, Juan Ayuso, Mads Pedersen, Richard Carapaz and Team UAE Emirates have ensured their presence on the final podium. Who will join them as the winner of La Vuelta a Espana 2022 stage 21?

Nothing can stop a bunch sprint finish as final showdown. But who are the main contenders for La Vuelta a Espana 2022 stage 21?

The German did some very unconventional sprint in this Vuelta. He has a more-than-decent team to put position him well but the fact that every time he opened his sprint way too early is proof that he is not confident of himself.

As exceptional as he has been lately he has been incapable of winning a big sprint since Paris-Nice where he beat the likes of Wout Van Aert and Jasper Philipsen. At the summon of confidence and an incredible teammate in Alex Kirsch, he can end this run and finally be classified him as a grade 1 sprinter.

The Belgian champion is the fastest man in this Vuelta. Although his chances has been sparse, he has been far from convincing with two 3rd place and a 6th finish out of 3 sprints. The finale sprint has always been the one that suits him best. Form is temporary, Class is permanent?

The Australian is a fast, fast man. If he is placed properly, he will win. The sole duty of that lies on an a rather diminished and battered Team Bike Exchange team who came here with serious ambition for Simon Yates.

He does not need much to put himself in a striking position. Since the Tour de France, he has proven that he can  sprint among the best. After Sam Bennett’s withdrawal, he was given the reins and he did not dissapoint with a 2nd, 3rd and 5th placings. The man surely has more to show than just the next best lead out in the world after Morkov.