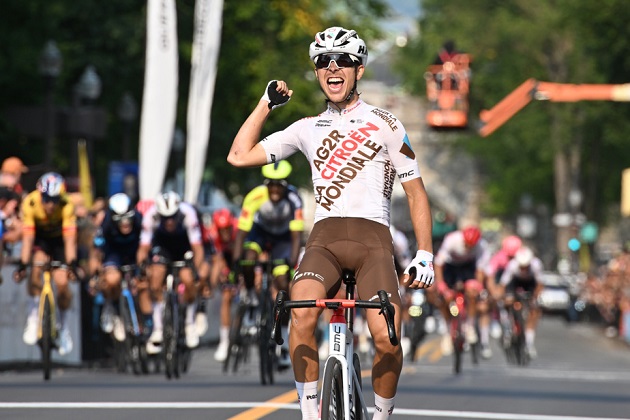 Benoit Cosnefroy broke away from the pack on the last lap to win the 11th edition of the Grand Prix Cycliste de Québec on Friday.

“It’s incredible. I’m not sure what happened but I didn’t think I could win like that,” Cosnefroy said at the finish.

“I wanted to attack and it was planned but we had Greg van Avermaet for the sprint so I was to play my cards first and it worked out. I’m really happy to win here.”