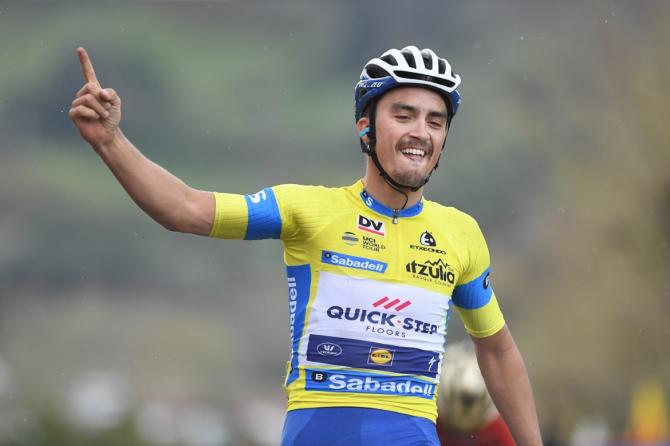 Julian Alaphilippe will debut at Vuelta a San Juan, before making his second appearance at Tour Colombia.

After a year that saw him grow in stature and capture no less than 12 victories, the 26-year-old Frenchman is already making plans for next year, despite being more than two months away from the start of a new campaign.

After the Deceuninck – Quick-Step team presentation which will take place at the beginning of January, Alaphilippe will fly to Argentina for Vuelta a San Juan. The race is scheduled to start on January 20 and conclude seven days later.

Next up for the Frenchman will be Tour Colombia (February 12-17), an event that will see him test the legs on several stinging climbs of the Antioquia region, which should play a big part in the final outcome. Formerly known as Colombia Oro y Paz, the race which will run just its second edition was where Julian Alaphilippe kicked off his 2018 season in style, by becoming the first Frenchman since Bernard Hinault, in 1986, to win a stage on Colombian soil.

“Last season was truly memorable, but that’s history now and the only thing that matters is what next year will bring in terms of results. I’m very motivated to keep the ball rolling, add to the results I have enjoyed together with this fantastic team and show what I’m capable of, as I’m confident I haven’t reached my limits yet.”

“Starting early, in Argentina – a country of which I’ve heard only great things from Max Richeze – and then in Colombia, where I took my first win in 2018, will give me the chance to find my legs right away after the off-season and lay the foundation for what I hope to be another beautiful and memorable year”, said Alaphilippe.