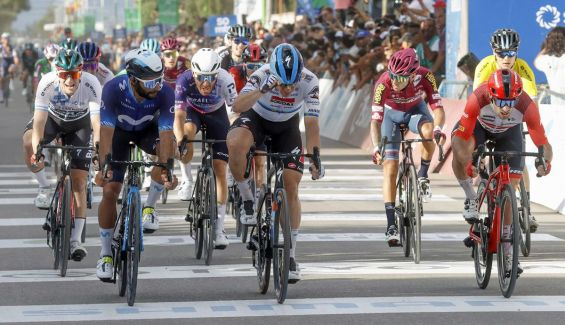 Soudal Quick-Step took first victory of the season came on the second day of the Vuelta a San Juan, which concluded in the small town of San José de Jáchal, located in the west of the country.

The stage ended with another bunch sprint and this time all went well for Fabio Jakobsen who outsprinted Fernando Gaviria and Ion Aberasturi.

The European champion was full of praise for his teammates: “I owe this result to them. Pieter and Jan controlled the stage from the beginning, making sure the breakaway would be brought back before things began heating up. Then Remco took over with three kilometers to go, and I felt honored to have such a world class rider doing what he did. Then Yves and Michael combined for a perfect lead-out, dropping me off in a perfect position, and from there on I just had to do my thing. I am really proud to have such amazing teammates around me.”