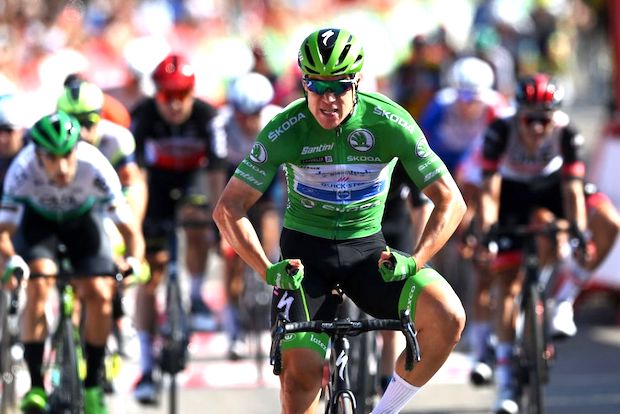 Fabio Jakobsen celebrated turning 25 by securing a third stage win at this year’s Vuelta a Espana, sprinting to victory in Tuesday’s 180-kilometre stage 16 from Laredo to Santa Cruz de Benzana.

“A birthday’s always a good day, and I’m over the moon with this victory,” Jakobsen said. “What we saw today is the ‘wolfpack’. I was dropped on the climb but the team waited for me, they brought me back and I won the race. The only thing I can do is a short, fast sprint — they did everything else today.”

On a day earmarked for the sprinters, there was more early drama as another crash saw second-placed Guillaume Martin (Cofidis) and fourth-placed Enric Mas (Movistar) down and distanced from the peloton.

In the same incident, Giulio Ciccone (Trek-Segafredo), who started the day 12th overall, went down and later had to abandon the race.

Up the road, a six-man breakaway led until the final 10 kms. Lone survivor Stan Dewulf (AG2R-Citroen), who had pushed on alone, was caught with four-and-a half kms remaining as the sprinters came to the fore.

Norwegian Odd Christian Eiking (Intermarche–Wanty–Gobert) finished with the peloton and remains in the leader’s red jersey, 54 seconds ahead of Martin and 1:36 ahead of reigning champion Primoz Roglic (Jumbo-Visma).

The race goes into the mountains on Wednesday, with a 186-km stage 17 boasting a third-category climb in the opening 35 kms. That is followed by two ascents of the first-category La Collada Llomena before a summit finish on the hors-categorie Lagos de Codavonga. 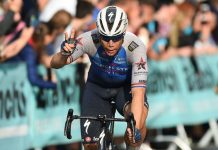 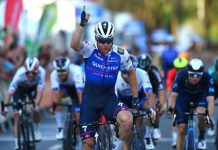 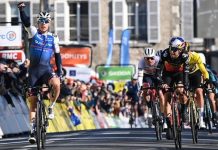 Jakobsen sprints to stage 2 win at Paris-Nice after crosswinds 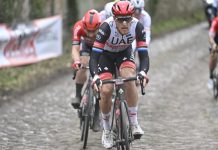