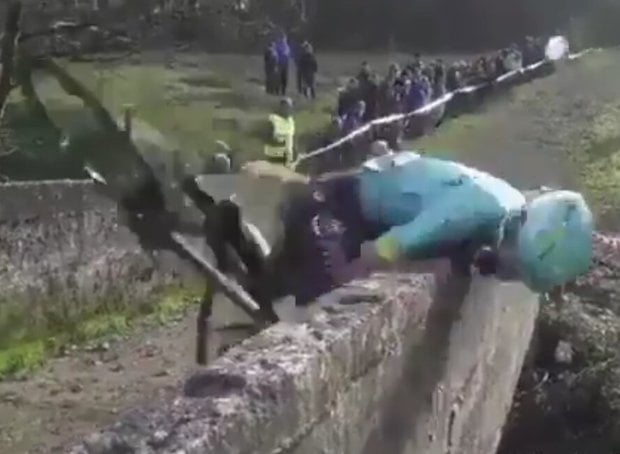 Gorka and Ion Izagirre have suffered a heavy crash during a cyclocross competition in their home region.

Ahead of the road season getting underway, the brothers took part in the CX Ormaiztegi cyclocross race. Unfortunately, the they went down in a hard crash over a small bridge. Gorka needed four stitches to repair the damage from the fall.

“Despite a hard crash during a cyclocross race today, Ion and Gorka Izagirre are not seriously injured,” Astana confirmed.

“Gorka only has four stitches in his eyebrow, but this won’t affect his start of the season.”